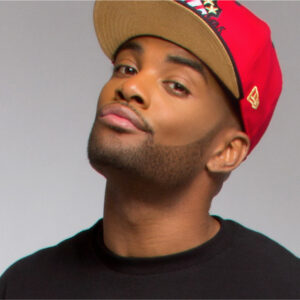 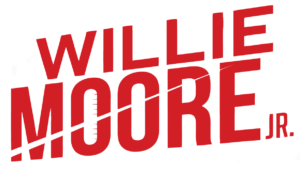 As a nationally syndicated radio personality, actor, social media influencer, activist, musician, husband and father of four awesome children, Willie Moore Jr. has proven that innate charisma, abundant creativity, and a passion for empowerment can translate in the faith-based community and the general market.

Whether you know him as the Grammy recognized R&B artist “Pretty Willie” or the Stellar Nominated Inspirational artist Willie Mo. Jr., he is, hands down, a fan-favorite amongst today’s generation.

As the host of the top rated “Willie Moore Jr. Show,” Willie reaches over 1.7 million people weekly. The ground-breaking inspirational show has featured top entertainers and celebrities, including Barack and Michelle Obama, Tyler Perry, Bishop T.D. Jakes, Hilary Clinton and many more. Willie can also be seen on BET’s Joyful Noise and TBN’s Juice TV’s The Crew, which currently airs in over 60 million households world-wide.

Outside of entertainment, Willie Moore Jr. is an advocate for adoption and foster care. As the President of the WILFLO Foundation Inc. (named after his forever family Willie and Flora Moore,) Willie brings awareness to the adoption and foster care system through school programs, scholarships for foster children, faith based multi-media films and television shows, and his signature event, “THE DAY OF THE A (Adoption)”.

Each year, thousands of African American families sign up to be foster parents and/or adoptive parents, through these efforts.

Willie continues to tour the world, bringing inspiration through his innovative storytelling and comedic approach to speaking and music that’s transforming lives throughout all generations.